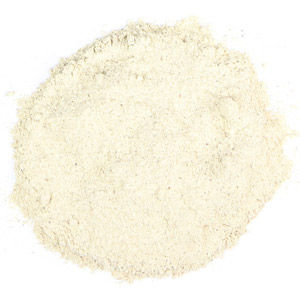 Dandelion is one of the most widely used botanicals throughout the world’s herbal traditions. Taraxacum officinale is recognized by its sun-yellow flower head, deeply cut leaves that form a basal rosette, and thick taproot. Our dandelion powder is ground from organically grown roots. Dandelion root powder can be incorporated into culinary recipes, infused as dandelion tea, tinctured as dandelion extract, encapsulated, or blended into cosmetic preparations.

Dandelion was traditionally used in many systems of medicine to support digestive and gastrointestinal health.

Dandelion bears a sun-yellow flower head (which is actually composed of hundreds of tiny flowers) typical of the Asteraceae family, that closes in the evening or during cloudy weather and opens back up in the morning, much like its cousin calendula. When the flower is closed, to some, it looks like a pig's nose, hence one of its names, 'swine's snout.' It is a perennial herb with deeply cut leaves that form a basal rosette, somewhat similar to another family member, the wild lettuce, and has a thick tap root which is dark brown on the outside and white on the inside. It is native to most of Europe, Asia, and northern Africa, naturalized all over the world, and commonly found growing alongside roads and in lawns as a common weed.

The use of dandelion was first recorded in writing in the Tang Materia Medica (659 B.C.E.), and then later noted by Arab physicians in the 10th century.

In Traditional Chinese Medicine (TCM) it is referred to as 'Xin Xiu Ben Cao' or 'Pu Gong Ying' and considered to be energetically sweet, drying, and cooling. According to TCM, dandelion clears heat from the liver and has a beneficial effect on the stomach and lungs, and it can uplift the mood and support lactation.