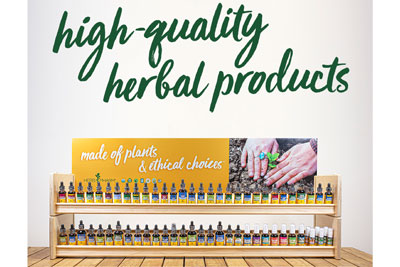 As the saying goes, life is what happens when you’re making other plans. Thankfully, though, nature gives us options for rough days, long months and challenging moments.

We’re all in this together. That’s why we’re sharing eight of our favorite herbs for stress and mild, occasional anxiety — from Ashwagandha to Passionflower and everything in between.

Here are 7 Great Herbs for STRESS!

Ah, Ashwagandha. This plant has stories to share! Commonly used in Ayurveda (India’s traditional system of herbalism), it was believed to give the strength, stamina and character of a stallion. Its use dates back three to four millennia, as described in sacred Ayurvedic texts. Ashwagandha was considered a rasayana, which means it has been historically used as a rejuvenating tonic.

Alexander the Great and his army turned bitter, slightly musky Ashwagandha into wine, which they used to traditionally support energy and vitality. And legend has it the ancient Greek god Apollo gave this herb to his son Asclepius, believed to be a hero of health and well-being.

We also have Organic Ashwagandha in Bulk available in 16oz bags.

Another fabled herb in Ayurveda is Holy Basil, which derives its name from the respect it commands. In Hinduism, the herb — a relative of culinary Basil — is believed to represent the Divine Mother on Earth, to benefit all of creation. That’s why you’ll often see it growing in courtyards outside homes across India.

Auspicious as an herb can be, Holy Basil is also known as the “incomparable one.” Its fragrant scent is said to purify all who smell it and its essential oil repels insects, while its stems are turned into prayer beads.

You can make your own tea with our 16oz bags of Holy Basil Organic Bulk.

Kava is an herb fit for queens and popes! Native to islands across the South Pacific, including Fiji, Samoa, Tonga, Vanuatu, Papua New Guinea and Hawaii, this herb has been used to ceremonially welcome dignitaries, and the variety we use is actually called “noble.” Noble kava boasts more than 100 varieties, and they are older, with a rich and long history of use as food and beverages by humans.

Kava is also unique in that the plant is not self-reproducing, so propagation relies entirely on humans. It’s believed that the first Kava was propagated on Vanuatu over 3,000 years ago! 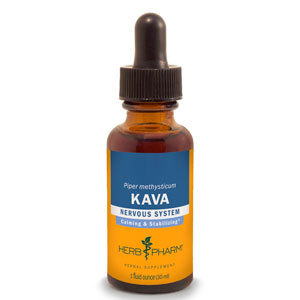 Rhodiola grows in the wild in some of the coldest, harshest regions on Earth — including Siberia, the Arctic, parts of Canada and northern China. Beyond the low temperatures, these regions are also mountainous with tough, stony soil.

Rhodiola looks a little like a succulent, growing low to the ground with humble flowers and strong roots, which are the parts used in herbalism. (In conditions like those, a plant would need strong, sturdy roots to survive!) The young leaves and shoots can be eaten raw or cooked (or mixed with other greens) while the stems are cooked like Asparagus.

The roots smell like Roses, which is how Rhodiola earned both its botanical name (Rhodiola rosea) and the common name Roseroot. Its use spans cold climate cultures, from emperors in China and Mongolia to the Vikings of Scandinavia. It was even mentioned by the Greek physician Dioscorides as far back as 77 AD!

Beloved for its signature, potent fragrance and its delicate purple flowers, Lavender derives its name from the Latin word for “to wash,” a nod to its use in infusions by both ancient Greeks and Romans. It continues to be a popular fragrance, all these thousands of years later. Lavender is also a key ingredient in the Herbes de Provence blend from the region in France where it is widely grown.

The entire plant is fragrant, but the flowers are what’s used in herbalism. They bloom in June or July, and they’re harvested and carefully dried soon after. Lavender sachets are commonly used not only to infuse their wonderful scent into clothes but also to deter pesky moths that might feast upon them.

You’ll find our recommendation for a Lavender Extract here.

Looking for Bulk Organic Lavender? We sell it in 16oz bags, right here! 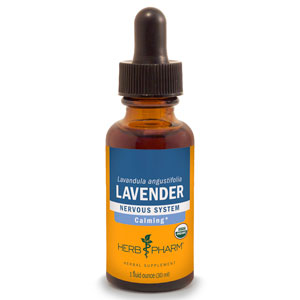 Another Mint family member, Lemon Balm is particularly loved by wildlife and pollinators. In fact, the herb gets its genus name, Melissa, from the Greek word for “honeybee,” and it’s planted to attract them for honey production! Curiously enough, the leaves may repel ants and flies, both on the plant and when rubbed on your skin.

The leaves are gathered fresh and used then, or dried. They’re commonly used for tea, in fruit cups and to flavor liqueurs like Chartreuse and Benedictine. The pleasant aroma lingers long after drying, so Lemon Balm is also found in potpourri.

Passionflower is among the most breathtaking herbs we grow on our farms, with large fringed flowers and filamented crowns. It derives its name from Latin: passio meaning “passion” and flos meaning “flower.” Spanish explorers noted that the herb’s crown resembled the biblical Crown of Thorns.

Prolific and evergreen in tropical climates — the climbing vine grows so fast that it’s considered an invasive weed in some Southern states. The plant’s fruit, called Maypops, are edible and often made into jelly. (That name comes from the sound the fruits make when they’re stepped on!)

The vine is known to attract pollinators like bees and butterflies, especially when its flowers bloom during summer and early fall. Wild turkeys like to eat Passionflower tendrils.